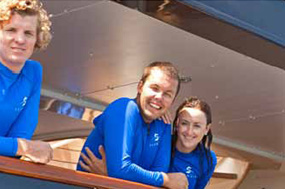 Following a year of serious turmoil in 2009, Superyacht crewing agents; The Crew Network suggest the market for professional crew placement stabilising throughout the course of 2010.
However, it is still at a much lower level than in the previous, pre-crisis years. The turnover of crew has greatly decreased and captains and crew now seem to be finding each other via social networks such as Facebook and LinkedIn.
These new media certainly facilitate greater communication between the employers and the employees but they cannot yet replace the personal side of conducting face to face interviews and checking references.
There still remains a good number of professional captains who prefer a trusted professional crew placement agency that conducts thorough interviews and reference checks from previous employers.