The Water Ways of South Florida Are Digging Deep

Permits to deepen the Intracoastal Waterway close by Fort Lauderdale so that local shipyards can compete with European yards for the multi million dollar refit and repair market are being held up by environmental hurdles according to a report in the Sun Sentinel a Florida based newspaper.

The Florida Inland Navigation District has recently dredged the Dania Cut-Off Canal increasing the depth of water from 3.5 to 4.25 metres.
Now a dredging project in Broward County requires the deepening about two and a half miles of the Intracoastal from the 17th Street bridge to Sunrise Boulevard, increasing the depth in the waterway by 1 metre to 4.5 metres.
The city of Fort Lauderdale wants to dredge spurs off this project to the Las Olas Marina, Bahia Mar Yachting Center and International Swimming Hall of Fame so that larger yachts can be accommodated there during the city’s boat show in late October each year. 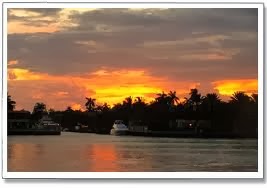 But the plan has the potential to impact on seagrass, which are grass-like flowering plants that live completely submerged in marine and estuarine waters.
Seagrass protects small marine animals from larger predators.  Specifically at risk are the young of such species a:
Some animals eat seagrass blades, included in this list are: 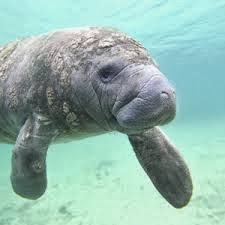 Other animals derive nutrition from eating algae and small animals that live upon seagrass leaves.
In Palm Beach County, other somewhat plans are meeting with same objections.  Locally shipyards are calling for the dredging of the Intracoastal from the southern part of Peanut Island to waterfront enterprises in Riviera Beach, including: