In Memory of Rodney Nicholson 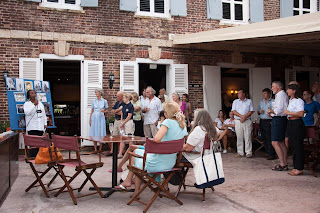 Photo: Frances Howorth
Friends, charter yacht crews, brokers, industry specialists and relatives gathered at the Admirals Inn to celebrate the life of one of the Founding Fathers of modern day superyacht chartering.
They did so at The Antigua Charter Yacht Show an event started by his family which this year celebrates its 49th Year.
Rodney Nicholson son of the now famous V E B  Nicholson, brother to Desmond and one time husband to Julie all famously connected to the world of superyachts and chartering died on 7th November 2010.
Born on 19th December 1927 the son of a Royal Navy officer Rodney with the rest of his family arrived in what was then a very run down English Harbour Antigua on March 9th 1949 at 1630.  Mollihawk the yacht they arrived in was to later make that her home port from where their father, the Commander used the yacht to offer short trips to sea to those very few tourists who actually arrived in Antigua on holiday.
The trips became longer lasting several days as Mollihawk moved from one idyllic anchorage to yet another and the yacht charter market in the Caribbean had begun.  Word caught on, more folk sought more yachts and eventually others came and a clearing house called Nicholson Yachts was created.