The Result was a Draw 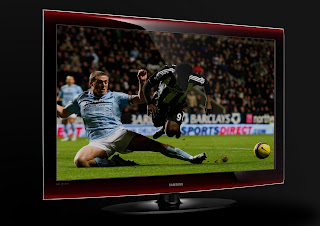 What do you do if you are a superyacht owner who simply cannot afford to miss watching a premier league football match that is scheduled to take place while you are in the air on board your own private jet flying over Europe during the vital 90-minutes of the game?

Mere mortals would of course postpone the flight or use a VCR to record the game and watch it later but what is the point of having money if you cannot spend it? Superyacht owners of course have money and in the super yacht world there are no shortages of specialist suppliers eager to satisfy the needs of their clients. One such firm is Advanced New Technologies Ltd (ANT) who with just four days notice, was tasked with providing live coverage of such a match for a client, to be shown on his Airbus A320 private jet.

Industry leaders in delivering cutting-edge technology IT, audio and visual entertainment, navigation, security and communication systems for all types of assets, including superyachts and luxury homes, this was the first time the company had been asked to work on this client’s Airbus A320 private jet and the team had no prior knowledge of its IT systems.

With the clock ticking, they prepared their own game plan, gathering essential data about the match times and researching which satellite TV stations would be broadcasting the game. The team also sourced the IT system drawings for the equipment already on the Airbus, and ordered all the equipment and services required. With the match only being broadcast on an Eastern European channel, they used a worldwide network of suppliers to track down a subscription to the necessary Conditional Access Module – the PC card that would slot into the satellite receiver and decode the signal. An engineer from head office was dispatched to collect all the hardware and software, and transport it to a European airport for test. With the client’s plane located in the Middle East, they had to use a European-based Boeing 747 as the test platform.

Within 30 minutes from stepping on-board the 747 engineers had carried out a complete system installation, programming and documentation, followed by a three-hour test flight. With everything working, the system was then decommissioned, with detailed instructions and user guides, and the whole package comprising hardware and software was dispatched with a specialist engineer to the Middle East to meet up with the client’s Airbus. With less than 24 hours to the kick-off, the system was installed on board.

On the day of the big match, the A320 took-off and transited to European airspace where technical support was relayed to the airborne engineer and a test TV programme was shown to prove the system was operating correctly. On landing to re-fuel, the new channel was activated, and within 20 minutes and at an altitude of 35,000 foot, the satisfied client settled down to watch the Manchester City vs Hull City match – which was after all that; a one all draw.